Originally posted on March 5 2014 at http://averticalfarmstory.blogspot.be

Let’s start with something outrageous to catch your attention: I don’t like Nirvana! Just keep that in mind while I give you an update about the things that have drastically changed about Zjef’s quest to build a vertical farm, 3th-person, yeah!

Zjef stopped working on the Indoor-farming-project which he was trying to set up in Belgium. It just didn’t feel right and for a couple of weeks, he enjoyed only life and love, while keeping the dream of Vertical Farming alive. And as the universe slowly slowly does what it does, something new crossed his path. So while he was curiously investigating this new opportunity, a magnificent new plan revealed itself to him. It’s beauty and simplicity felt so good that after only one month, Zjef decided to marry himself to the idea

And that, my friends, is the story of how this naive and stubborn dreamer, against all well intended advice in, became self employed!

To look to the future, one must learn from the past.

2013 was a year of struggles and failure for me, it was a year in which I got to know myself in ways that I’d rather not had known myself. My previous blog-post is one example, yet there were an enormous amount of things that were a part of my character and personality that really blew my own mind. Of course this is a little bit vague, therefore I’ll illustrate it with a simple example;

During my last 3 months in Switzerland (June -> August 2013) I was living with Elizabeth, a remarkably sweet, smart and strong woman with whom I developed a really good bond. The funny thing was, that when she started a sentence with “Could you do me a favor…” I observed something strange in my feelings: I got a little annoyed and even a little bit of angry. Up until today I still have no idea why that sentence makes me feel these negative emotions, yet I understand that these are not the the right feelings that should bubble up when a woman is in need of my male assistance.

So what’s the cause of my annoyance when I heard the sentence “can you do me a favor”? And why doesn’t Nirvana’s music touch the right strings with me even though I’m a big fan of heavy guitars? And is it possible to change that? Interesting questions indeed! 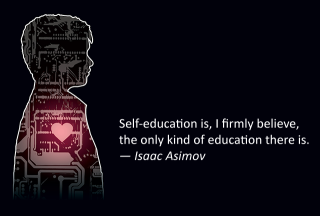 Breathing, walking, eating, peeing, talking,… they are all actions we perform on auto-pilot. We learned them somewhere during the course of our life, and we executed these actions so much, that they became deeds controlled by our subconscious mind. And it is said that our subconscious mind directs around 95% of the things our body does. So one can see why this is extremely convenient, just imagine what would happen if had to think about about every move we make and every breath we take…all of the time.

Of course, actions are one thing, but our existence goes further than that: It combines every action and every experience with…emotions. Many of you have probably seen the movie “a clockwork orange”, in which Alex, the main character was sent to prison. There scientist conditioned him to feel extremely sick when he was confronted with violence, displayed to the music of Beethoven. In the end he subconsciously associated these triggers (violence and Beethoven) with such a bad feeling, that he tried to kill himself because someone locked him in a room and played music from the great Ludwig Von.

It is an sad and interesting story indeed, yet what does it mean for me and my negative emotion around the sentence: “Could you do me a favor…”, and moreover, what does this have to do with Nirvana or Zjef and the quest to build a vertical farm?

Well, for me, 2013 was a year in which I got to know myself and my temporary limits. During that quest I observed that over the course of 26 years, I had subconsciously stored a lot of habits and associated feelings that I would rather not have. So, as a real optimist I started actively pulling my negative habits and emotions into my conscious mind in order to change them. By doing that I went trough a really tough period of my life. And although I’ve more or less come to terms with my past, I still have a long way to go!

2013 was hard, Yet, my friends, 2014 is going to be different!! Cause I believe that slowly slowly, step by step, I am becoming that crazy motherfucking Vertical Farm building CEO I want to be.

On the next episode of “Zjef and the quest to build a vertical farm”: Does this mean that Zjef is constantly unhappy with himself and how he is now? Stay tuned and you’ll find out!